You are here: Home / Archives for 2012 Game Recaps 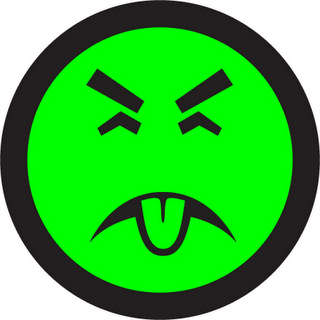 I’ve discovered as we head into the last game of the season today that my lack of ability to watch the Rangers games on TV has seriously impacted my desire to maintain this site with regular daily updates.   I’ve gone three times this season where I haven’t updated for 2+ weeks, and when I do, I have to do like 20 games at once.

I still follow the team, but a lot of times it’s just on my iPhone app or something.   As I’ve said before, the time the games are on in the evening is prime family time, and given you can’t timeshift radio, I either have to forego family time to listen, or just not listen to the game.   It doesn’t make me want to do an update too much when I can’t listen or watch the games at all.

If this situation continues into next season, I might have to have a rethink about the site, and how I run it.   As I sit here today on Oct 3rd before Game 162 is played, I can say there’s about 50 games this season I haven’t written about.  Not sure I WANT to go back and write about them, to be honest.

I’ll probably do the playoffs properly, and then have a think about catching up the games I didn’t do in the season.  Although I suspect I probably won’t want to go back and do that.  We’ll see.

It’s a new day, and a new game, with a veteran on the mound for Texas.  But even as Harrison performed admirably, it wasn’t meant to be.  In our previous encounters with Travis Blackley this year, the Rangers went 1-2 with a no decision against him, so it seemed like today would be the day we would get the job done.  Unfortunately, our bats felt differently.

In front of just over 30,000 people in Oakland, the Texas offense remained stoic.  Sure, by Texas standards, things have been quieter than normal lately, but today was something especially unsettling.  5 hits, and only 2 of those for extra bases.  Even then, our Rangers usually find a way to get it done, but Blackley’s ability to draw ground-balls was astounding.  Young, Hamilton, and Napoli all grounded in to double plays, effectively ending any chance the Rangers had of creating offensive momentum.  Sure, Blackley issued a couple walks, but he cleaned things up nicely throughout his 6 innings of work.

But even then, given the struggling offense, our pitching staff remained solid, holding Oakland to only 3 runs.  Although Harrison allowed 6 hits, it’s hard to push any blame his way on a night when our offense was silent.  Stats typically don’t matter, but his ERA was decent, and 5 strikeouts speak for themselves.  It wasn’t a dominant outing, but he got the job done in many ways.

After this game, with some emotion and frustration, here’s what I wrote:

And a short while later, as the frustration and disappointment began to set in, and the gravity of the situation began to ferment, that the first place Rangers were no longer alone in their ranking, I wrote this:

I know it shouldn’t matter, but they play on a football field for goodness sake. Their attendance was less than half of ours for the year. We probably had more sellouts than they had home wins. And yet, here we stand, on the verge of losing a title 3 years in the making.

Maybe we take baseball to seriously.  Maybe we are too invested in “our” teams’ wins and losses.  Maybe that’s why days like today are so hard to swallow.  Surely we aren’t the Red Sox from last year, right?  Here’s to just hoping tomorrow doesn’t make me feel like this all over again.

Coming into this game was not easy.  A day after facing a double-header that felt more like a roller-coaster ride, the Rangers would be tasked with winning only one of three games against a very close number 2 team in the West.  Whether it was fatigue or frustration, we didn’t get it done.

Sending a rookie to the mound is never an easy decision, but one Washington made for this crucial Monday night game.  The first inning didn’t come easily for Martin Perez, and only 3 innings (and 2 batters later), he was done.  It’s hard to be frustrated with a guy who was born post-1990 and is being asked to be the game 1 pitcher of what amounts to a playoff series, so that may be why the majority of fans (me included) would instead be disappointed by Feldman.

After Perez left having only thrown 69 pitches, Feldman stepped up in relief.  Unfortunately, things didn’t get better.  In fact, aside from the 3 strikeouts he managed to post, the rest of his line is rather disappointing.  Needless to say, a 5.09 ERA isn’t what we needed out of a guy who, a couple years ago, was supposed to be our ace.

However, all that being said, it’s easy to focus the blame on a small few when the fact is that the offense didn’t come alive either.  6 measly hits from the best lineup in the league isn’t good.  Kinsler, Hamilton, Cruz, and Murphy – all of whom are usually solid hitters – came up empty against the Athletics’ pitching.  It was good to see continued life out of Napoli, the hero from the final game against the Angels, but it just wasn’t enough to overcome the pitching blunders and general lack of offense by the Rangers.

All negativity aside, however, there was one bright spot coming out of the previous games with the Angels.  Uehara performed very well, pitching a full inning and only allowing 1 hit in his appearance.  Given the state of things lately, we need to cling on to every piece of good news we get!

Onto game 2 vs. Oakland, where hopefully a full night’s rest and a more seasoned pitcher can make the difference.

Ryan Dempster continues to show that he’s been a great pickup, and someone I want to see the Rangers make a run at for 2013.   Dempster went seven innings, and allowed just two runs on seven hits and one walk.  Struck out eight.   Striking out batters seems to be a strong point by our pitching staff overall this season.  Not like we strike out 10+ batters each game, but we’re doing it a lot more often than before.

END_OF_DOCUMENT_TOKEN_TO_BE_REPLACED

Our most consistant pitcher of the year took the hill for this game, that being Matt Harrison.   Matt wasn’t terribly strong, but hung in there long enough to get the win.  He came out of the game before the end of the sixth, but he did have the lead for the required five, so Matt notched his 16th win of the season.  He’s having quite the season, so I thank the Atlanta Braves again for that load for Mark Teixeira.

END_OF_DOCUMENT_TOKEN_TO_BE_REPLACED

Nelson Cruz & David Murphy had singles.  That’s IT.   James Shields just shut us down.   Two singles, no walks, struck out eight times.  Our offense did nothing.

Bleargh for this one.

Jurickson Profar!   Should we buy into it totally at this point?  :)

It was a big pitching duel for sure.  Yu Darvish pitched awesome, but got a no decision.  Eight innings, two hits and two runs (just one earned).  Eight strikeouts and two walks on 96 pitches.  He deserved a win.  Didn’t get it.  But at least we got one.     The Rays only had three hits total.  Two by Darvish, one by Mike Adams.  Was a great pitching performance all around.  I would have been very annoyed if we didn’t at least get the win.

Josh Hamilton got his 40th home run of the season, a two run shot in the 4th inning.  Geovany Soto had a double, but the most important hit was the one hit that Jurickson Profar got in the 10th inning, a two run one that won the game.   Didn’t get to see it, wish I would have.

Given I just talked about extra innings a lot the last few games, I go and get one of these, that usually make me review the game with “Shit!”.   So I’m not going to say much, because we lose in a walkoff on the road.

But I’d be remiss in not talking about Derek Holland, who rocked this game.  8 innings, just two hits allowed.   One of the hits was a solo home run for the run.   Walked two, but struck out eleven in eight innings.   Oh, Michael Young got a home run – not something he does often.

Mark Lowe blew it at the end and lost the game.   Shit.

I normally dislike extra innings games, as I’ve said before, because most of the time it feels like we lose them in the 10th inning.   There’s a feeling that it’s more “sudden death”, and if we get behind, it’s over.  So I like it a lot when we win in extra innings – it feels more “earned” or something.  :) END_OF_DOCUMENT_TOKEN_TO_BE_REPLACED