I’ll probably have a proper update on tonight’s game later, but in the meantime, this is about all I can think of to say.. 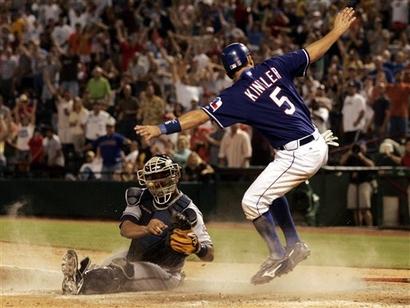 In case I end up not updating for this one, it was nice to see Kevin Kouzmanoff from Cleveland make major league history with a grand slam on the first pitch he saw in the major leagues. Funny thing is I called it right before it happened, and I got a few funny looks from the people sitting around me at the game. :)