Since we’ve sunken to our low point of the season in terms of being out of it, I felt the image at the bottom of this entry was an appropriate image to use tonight.
About the only high point of the actual game was when Carlos Lee doubled in two runs in the bottom of the eighth. Came up with the bases loaded; the exact situation we brought him over here for, and he delivered. Oh, and Joaquin Benoit pitched pretty well, too.
But we had 8 hits in all, 5 of them by Mike Young and Carlos Lee. Adam Eaton was knocked around a bit, Wes Littleton was pretty wild with his control, it just didn’t feel good at all, despite the great performance by Benoit who did keep us in the game. Could have actually been a lot worse, Frank Thomas came up twice I believe with the bases loaded, and didn’t deliver – we could have lost by a lot more than just two runs.
I think this image applies very well tonight. At least it will make it less crowded when I go to some games in September. :( 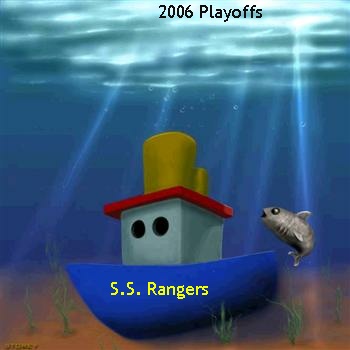